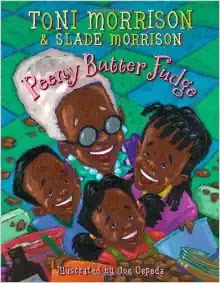 As a child, I spent my summers with my grandparents.  Every morning, my grandmother prepared dinner for that evening (usually anticipating a few guests) and baked up a storm.  She woke up early, so by the time I got out of bed the house often smelled of fresh banana bread or chocolate cake.  While she frequently scolded me for jumping around too much and causing her sponge cakes to fall, mostly I remember sitting at the  table while she did her thing.  On many of those mornings while she cooked, she told me about her life - growing up with a dozen siblings, riding motorcycles through the cane fields when she was supposed to be at school, working as a domestic at the age of 12, meeting my grandfather, raising her family.  My grandmother had a ton of energy and was always rushing around from one thing to another, but even as a kid, I knew those moments I had her all to myself in the kitchen were really special.

My grandmother passed away over 10 years ago, but there aren't many days that I don't miss her.  I love to bake - mostly because it reminds me of being with her.  My mom is also an excellent cook/baker, and one of my favorite things to do now is to look for recipes with her, trade stories about what we're making, and on far too rare occasions bake with her - often times while laughing about my grandmother's cryptic recipes and wishing we could eat her manju or lilikoi chiffon pie just one more time.

These days, because I remember growing up with my grandparents so fondly, I love seeing my children with their grandparents - building those same kinds of memories and feeling the same kind of unconditional love.  I'm always on the look out for books about relationships between grandparents and their grandchildren - there are certainly many out there.  And at the library this past week, I stumbled upon a great one for our family called Peeny Butter Fudge - written by Toni Morrison and her late son, Slade Morrison.  It is the story of a grandmother who turns a mundane afternoon into a magical one, and bakes a favorite family recipe with her grandchildren - all told in Morrison's beautiful poetic style.  This book is a quick read - but for me the story was more in the pictures and the ideas - and in talking to my kids while we were reading it about all the things they love to do with their grandmas - and of course all the things I used to do with mine.

The book ends with the recipe for Peeny Butter Fudge - which of course, I had to try out.  I initially thought it would be a good evening project to do with my girls.  But, they were off drawing cards for their grandmas.  In the end, I just felt like making it by myself and spending some quiet time with my grandma once again.
Posted by annehawk at 10:17 PM 1 comment: